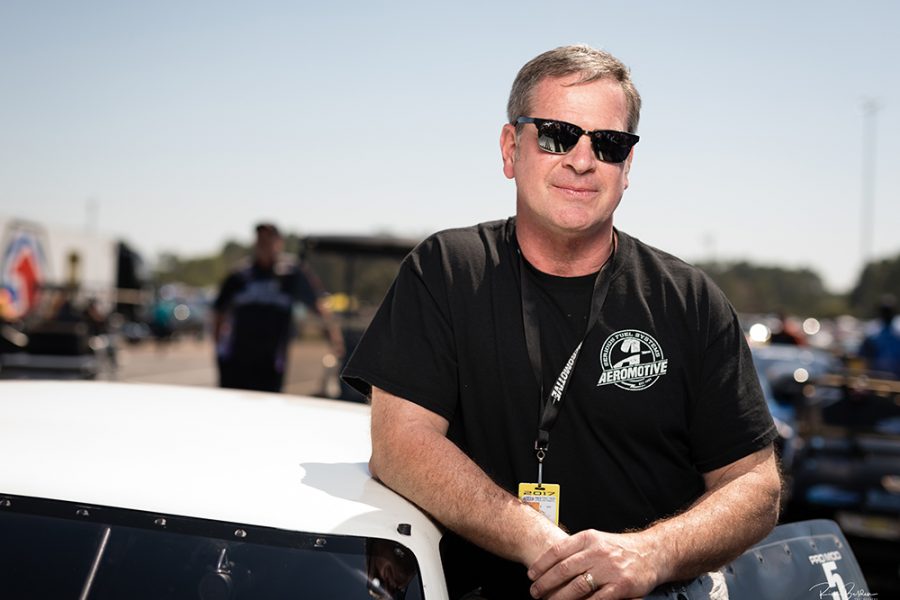 Steve Matusek will have his own chance to win $100,000 after receiving an invitation for the main event of the Drag Illustrated World Series of Pro Mod, which takes place Aug. 4-5 at Bandimere Speedway. But the longtime Pro Mod standout took his enthusiasm for the race a step further.

Matusek’s Aeromotive, Inc., the company he founded more than 20 years ago, will sponsor Friday’s special race – now titled the “Aeromotive Wild Card Shootout” – that awards the winner $10,000 and a berth in Saturday’s main event that pays out six figures to the winner. With that much on the line and Friday’s race open to anyone in the Pro Mod ranks, Matusek knows it should make for a wild evening.

“It’s a really cool concept and an interesting format,” Matusek said. “We’re hopeful there’s 30-plus cars for the Friday night race. We want to do whatever we can to keep the momentum going and continue to grow the class. It’s going to be an interesting race and anyone has an opportunity to win, and we wanted to be a part of it.”

That’s the ultimate draw for Friday’s race – it’s open to any legal Pro Mod car out there. That means the possibilities are nearly endless, and the payout and berth into Saturday’s main event adds the ultimate draw. Seeing drivers from all levels and locations leave it all on the line for one evening was certainly a major factor for Matusek and Aeromotive wanting to be involved.

“You get somebody who works their way in, maybe a lower-funded team or somebody like that, and it could be an exciting opportunity,” Matusek said. “It could be somebody coming up the ranks or from the West Coast. Maybe they’re not expected to win and they go in, win the deal on Friday and all of a sudden they have a lot of laps and experience going into Saturday.”

With the multiple curveballs facing the racers – from racing at an altitude of nearly 6,000 feet to shakedown runs with the scoreboards turned off – Friday’s winner could have a distinct advantage as far as seat time heading into Saturday’s main event.

As far as the business perspective, Matusek said Aeromotive being involved was an obvious choice.

“We’re entrenched in this market and these types of cars,” Matusek said. “It’s important from a business perspective to stay engaged. This is the business we’re in.”

Of course, Matusek also has big goals regarding his own participation in the biggest and richest Pro Mod race in history. Matusek earned his first NHRA Pro Mod win earlier this year in his supercharger-powered Camaro and the thought of adding a $100,000 prize for a prestigious win is certainly exciting. Factor in some of the great unknowns like altitude and the shakedown runs, and Matusek believes it has the chance to be a huge weekend for the Pro Mod class.

“It feels great that there’s a pent-up demand for an event like this,” Matusek said. “Danny (Rowe) and I did an exhibition race with Mike (Knowles) and Clint Satterfield last year (at Bandimere) and the crowd was unbelievable. The enthusiasm was off the hook. The Bandimere family is very progressive and it seems like all the components are in place for a great race.

“With that aspect of being on the mountain, it’s going to be a different race in a lot of ways, but that’s how you’re able to progress as a class. To be involved and invited, it’s really an honor. Hopefully it’s the beginning of something positive.”