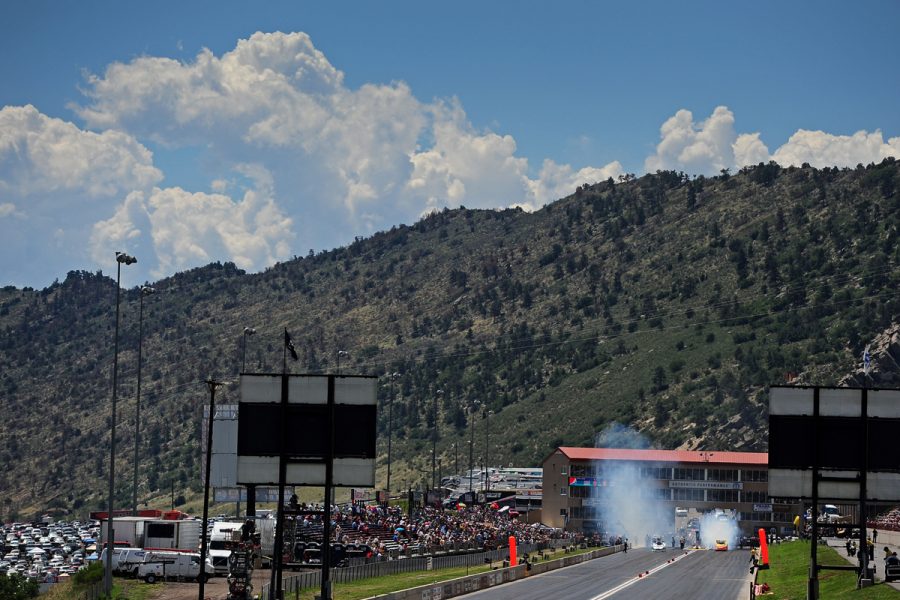 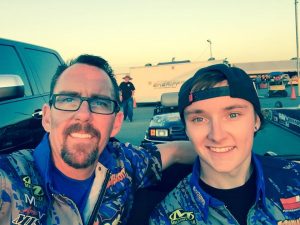 John “Sporty” Bandimere Jr. and his son in Bakersfield, California.

But witnessing those changes, he felt his fan-favorite facility was the perfect location for the biggest and richest Pro Mod race in drag racing history.

With a penchant for creativity and innovation when it comes to drag racing events and promotion, the Drag Illustrated World Series of Pro Mod was right up Bandimere’s alley, and the popular Denver-area track will play host to the highly-anticipated race, which takes place Aug. 4-5 and includes a $100,000 winner-take-all prize.

“People today love that extreme sport, in your face action, that unpredictable kind of thing,” Bandimere said. “What’s more unpredictable and extreme than Pro Mod? You look at the drivers, look at the performances, these guys letting it rip, that’s exciting and people love that kind of feel. That’s what they thrive on and that’s what makes this unique. We’re always looking for something new and different, and this just happened to be perfect timing.”

Drag Illustrated Editor-In-Chief Wes Buck shared his idea for the unique Pro Mod race and it didn’t take long to sell Bandimere on the concept.

He had seen his crowd’s overwhelmingly positive reaction to Pro Mod exhibition races that had taken place at the facility over the years, and the World Series of Pro Mod presented an ideal opportunity to use that enthusiasm for a Pro Mod-only event. Judging by the excitement he’s heard regarding the race, Bandimere believes the race will be an instant success.

“This race has been building steam for a couple reasons,” Bandimere said. “We’re not really a track that has run Pro Mod shows of a big caliber. We’re not a tour stop for NHRA Pro Mod or something like that, so the fans are excited to see some of these drivers come to town. They haven’t had the opportunity to see this type of racing, so they’re pretty excited about it. Not only is $100,000 on the line, but it’s also on the mountain. It’s going to prove who’s the best of the best, and there’s a lot of excitement in that.”

This isn’t your typical drag race, either, another major reason that drew Bandimere to the event.

Not only will racing take place at an altitude of nearly 6,000 feet, there will be no actual qualifying runs, only three shakedown runs with the scoreboards off.

First-round matchups will be announced a month ahead of time, building even more anticipation, while the winner’s of Friday’s “Aeromotive Wild Card Shootout” earns $10,000 and the last spot into Saturday’s main event.

The first 14 spots are invitation-only, with fans voting in the 15th spot.

“That’s the other side of this, the entertainment of the event and that’s where it really becomes exciting,” Bandimere said. “Wes has created a little different format and not posting the times, that’s really unique. Having a $100,000 race is a big deal, so it’s a little old school and a little new school from an entertainment standpoint. With the pairings set ahead of time, that’s something the sport has never had that. That gives fans the opportunity to get more involved.”

Bandimere’s excitement regarding the race is evident. He sees a bight future for the event and expects a tremendous inaugural race in August, while also adding something distinctive to Bandimere Speedway’s already diverse schedule.

“It’s fun, exciting and out of the ordinary,” Bandimere said. “The sport has changed so much, yet there’s still so much opportunity to grow it, and do new and different things. With this particular event, we’re trying things a little out of the norm. We thought this could be really cool and once we started sharing it with some people we said, ‘This is going to be awesome.’”