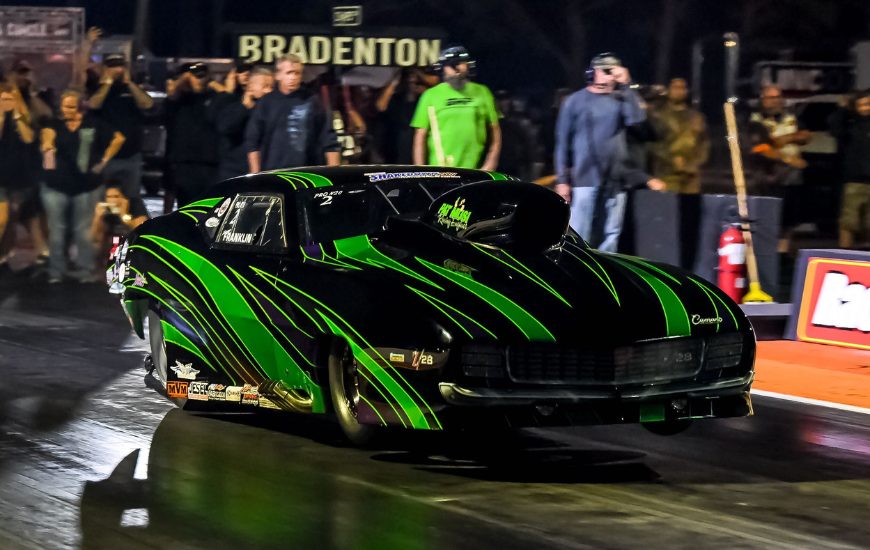 Drag Illustrated announced today the return of its popular World Series of Pro Mod (WSOPM), an invitation-only, $100,000-to-win event celebrating the Pro Modified division. New for 2023, the race will take place March 3-5 at Bradenton Motorsports Park in Bradenton, Florida, with an outlaw eighth-mile format. Forty drivers will be invited, and 32 drivers will qualify for the main field.

“Pro Mod is the universal language of drag racing,” said Wes Buck, founder and editorial director, Drag Illustrated. “This is the largest inventory of pro-level, heads-up race cars on the planet. This is a brand of drag racing that has a unique cult following and, in my opinion, is home to many of our sport’s biggest personalities and most competitive racers. It’s a style of drag racing that has grown by way of regional series all across the country and around the world that are healthy and thriving. It’s our goal with the World Series of Pro Mod to bring racers from all those various sanctions and series and let them race for the largest purse in Pro Modified history, on the grandest stage and under the brightest lights possible.”

Bradenton Motorsports Park has played host to high-level Pro Modified races for years, but the track’s owner since 2018, Victor Alvarez, has taken that to a new level. The 50th annual Snowbird Outlaw Nationals in December 2021 paid $50,000 to the Pro Mod winner, and this year’s Snowbirds Pro Mod winner will walk away with $51,000. Bringing the WSOPM to Bradenton is further proof of Alvarez’s commitment to Pro Mod racing at the Florida Gulf Coast track.

“The dream since the beginning has been to have three big-time, destination races for Pro Mod at Bradenton every year,” Alvarez said. “This is a dream come true and a perfect fit. The Snowbirds is great and the U.S. Street Nationals is great. I’ve always felt like there was opportunity to do something really cool in March, but I wanted it to be the right fit. Wes and I share this vision of making drag racing as a whole the best it can be, but we are very passionate about Pro Mod in particular. We’ve been talking about this race for probably a year now, and it just makes sense. This is just something that we have to do.”

“We couldn’t be more excited to bring the WSOPM to Bradenton,” Buck added. “This is an incredible part of the country that provides the conditions we’re after for a true destination event. With the incredible number of improvements and overall investment made by Victor Alvarez, it’s a perfect home for us. We are looking for long-term partners and opportunities to grow. We feel BMP ticks all those boxes. Vic is a man who shares our passion and enthusiasm for drag racing. He’s a risk taker, and I believe personally that there’s no end to the magic we can make together.”

Continuing with the tradition established at the three WSOPMs in the past, the winner of the 2023 WSOPM will walk away with $100,000. It’s the largest purse in Pro Modified history and one of the largest single-event purses in drag racing. Buck and Alvarez both feel strongly that the $100,000 prize is a critical component of the event.

“These racers deserve to run for big money,” Buck said. “They deserve to have this moment, a real circle-the-dates-on-your-calendar event that people talk about all year long. In order to achieve that, the number has to be big. I understand it can’t happen every weekend. But those zeroes directly impact the fan interest, the participation, the enthusiasm, the electricity, the atmosphere. Almost every aspect of this race is impacted by the number of zeroes on the flyer.”

“As a fan, I’ve always felt Pro Mod deserves to race on a big stage for big money and to be the show,” added Alvarez, who became an instant Pro Mod fan when he first saw them race in 2015. “It’s a way to tip our hat to the Pro Mod class and show how much we care about it, how much we enjoy it, and how passionate we feel about it. But also, we know that big payout will bring an amazing race. It’s going to be historic. It’s going to be the beginning of something we’ll hopefully do for years to come.”

Like the first WSOPM in 2017, the 2023 edition will feature an invitation-only field of standouts from across the numerous different series and sanctioning bodies that offer Pro Mod or Pro Mod-style classes.

“We’re looking for the biggest names, biggest personalities and the baddest doorslammers on the planet,” Buck said. “The men and women that will be invited to participate in WSOPM, perhaps most importantly, will be racers that share our vision for this event and Pro Modified drag racing in general. They’re willing participants who are eager and excited to blaze a new trail, step outside the norm and do something different. Drag racing is full of traditions, and WSOPM is the newest one.”

Buck has already started extending invitations to drivers, which will start being announced in the coming weeks.

Unlike the past events Drag Illustrated has promoted, the 2023 WSOPM will utilize an outlaw eighth-mile format. The rules package will resemble the rules already in place for BMP’s existing Pro Mod events, so drivers from NHRA Pro Mod, PDRA Pro Nitrous and Pro Boost, NMCA Xtreme Pro Mod, MWDRS Pro Mod, NEOPMA, and beyond can compete together on a level playing field.

“It’s no secret that the large majority of Pro Mod racers, not only here in America, but around the world, have gravitated towards outlaw eighth-mile competition,” Buck said. “First and foremost, we recognize the safety implications. But beyond that, we recognize that this is a racer-friendly format. We love quarter-mile drag racing and we are certainly appreciative of the opportunities that exist for racers to compete over that distance, but when we look at what serves the largest group of people, what allows us to include the most diverse and competitive group of drivers is without question the eighth-mile format.”

Additional information, including event sponsors and supporting classes, will be announced in the coming weeks. Drag Illustrated and Bradenton Motorsports Park will host a WSOPM press conference on Thursday, Dec. 8 at 1 p.m. EST at the Performance Racing Industry (PRI) Show in Indianapolis. 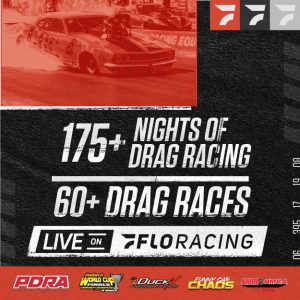