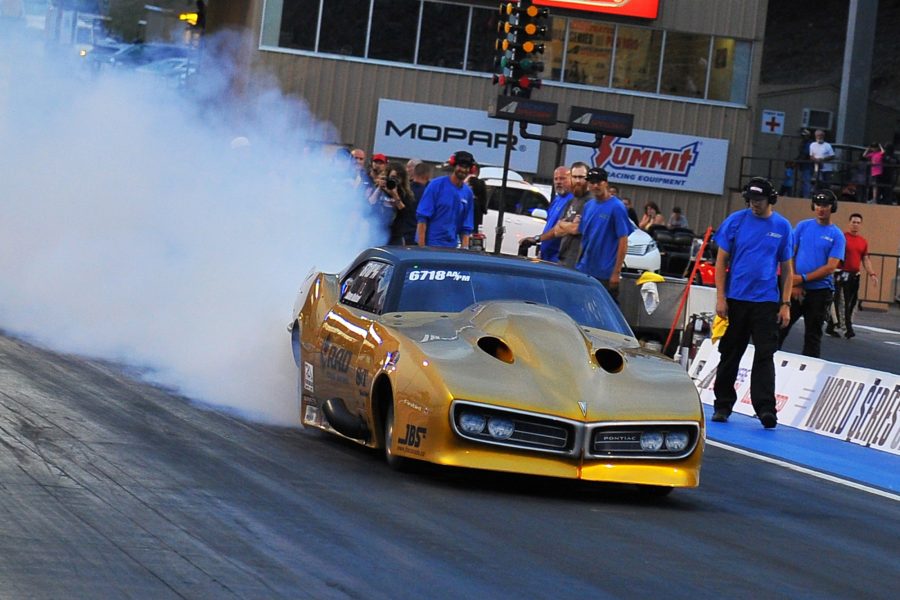 “A handful of drivers got together and challenged each other to a burnout contest last year, much to the approval of the fans,” Buck said. “It really added to the show and injected some excitement into Friday’s program, so we knew we had to do it again this year. Sheikh Mohammad al Sabah (head of Drag 965) and David Vasser (owner of Nitrous Outlet) were both eager to jump on board and show their support for the drivers who participate in this contest.”

The burnout contest, open to all of the WSOPM Pro Mod drivers, will take place during the second Summit Racing Shakedown Runs session at 7:15 p.m. Friday. The winner will be decided by a panel of judges, who will rank the burnouts based on length, style, smoke and crowd reaction. Drivers must start their burnouts behind the starting line, but there are no other rules or limitations.

“Drivers like Clint Satterfield and Stevie ‘Fast’ Jackson have already confirmed their participation – they even have burnout contest-specific engines set aside,” Buck revealed. “These guys are serious about putting on a show and we appreciate them willing to go to such lengths to help us make the World Series of Pro Mod a truly one-of-a-kind drag racing entertainment property.”